I know that we were living in the Laughing Waters camp in 1948 as that was the year my sister Wendy was born (now Wendy Johnson) but by 1949 we had moved to the Lodge Lane camp. I don’t remember anything about life at the Laughing Waters camp except for the milk being delivered by horse and cart. The cart had the milk churns on the back and my mother had to take a jug to be filled from the churn.

The lady next door always had an apple for the horse so it used to stop there and wouldn’t move until it had been given the apple.

It is possible that we moved to Lodge Lane as I started at Cobham village school in 1949 when I was five. There were children at the school not only from Cobham but also other local villages. I can remember one girl coming from Meopham.

Our Lodge Lane hut had originally been one big room but had been divided into separate rooms by the time we moved in. There was a round black stove, with a chimney through the ceiling, in the middle of the room. My step father, mother, brother, sister and myself lived there for two years until we moved to Kitchener Avenue on Kings Farm Estate in 1951.We had electricity and water in the hut but no bathroom or hot water, we had to use the tin bath which was kept hanging on the outside wall.

I can’t remember any details of the camp or the hut but I know we had to go down a bank to the camp. I don’t think our hut was a Nissan hut, although I can’t really remember but it seemed quite a normal building. I don’t remember any roads on the camp but I think there were pathways around the huts. I would say there were more than six huts but I couldn’t estimate any nearer than that. (See note below).

I can’t say exactly where the camp was but I remember that when we walked home from school we went past the Cobham war memorial, along Lodge Lane and turned off right across a field; I do know it wasn’t as far as the Mausoleum. There used to be a blacksmith in the village so sometimes we used to sit on the gate and watch him working. I can also remember the village baker; his shop is now a house.

I don’t remember playing with any other children on the camp but I did spend a lot of time with my grandparents. They lived in a cottage in Green Farm Lane, Shorne and we would have to walk all the way from Cobham to go and see them. I remember a bomb crater near their cottage that had landed in a pile of manure causing quite a mess! There used to be ploughing matches in the surrounding fields and my grandfather won several prizes.

Two brothers lived on the camp, they had been bombed out when they lived in London and their wives had been killed. I think they must have had the first television on the camp as they used to put seats out for us so that we could watch their television. They also used to give us bags of sweets to eat while we were there.

We went into Gravesend on the bus, usually on a Saturday morning, to go the Co-op where my mother would order the weekly groceries which would be delivered to us at the camp. I can’t remember what was on ration but I remember my mother handing over coupons when she put in her order. The bus went from Cobham to Gravesend via Singlewell Road where a lady would get the bus and she always had a big bag of sweets for me.

We used to go hop picking in Halfpenny Lane, the last day of hop picking was party day and we used to get a day off school for it.

My grandfather had a POW working on the Green Field Lane farm in 1944 when I was born and over breakfast one day he remarked that I looked like an Anita and that’s how I got my name. After we moved to Palmer Avenue we used to play on the Gravesend Airfield and go into the underground rooms where we found the odd bullet or two. In the 1950’s Heinz owned the airfield and there was still an aeroplane using the airfield. It used to come in very low over Kings Farm estate and was stopped because it was thought to be too dangerous. The last building to be demolished on the airfield was the conning tower in the late 1960’s.

Note : Since this interview with Anita an aerial photograph of the Lodge Lane camp has been found that confirms Anita’s memories, although there are more huts than her estimated six! The camp was built for use of servicemen who were stationed at the Lodge Lane heavy anti-aircraft battery. The gun emplacements can clearly be seen in the photograph below. 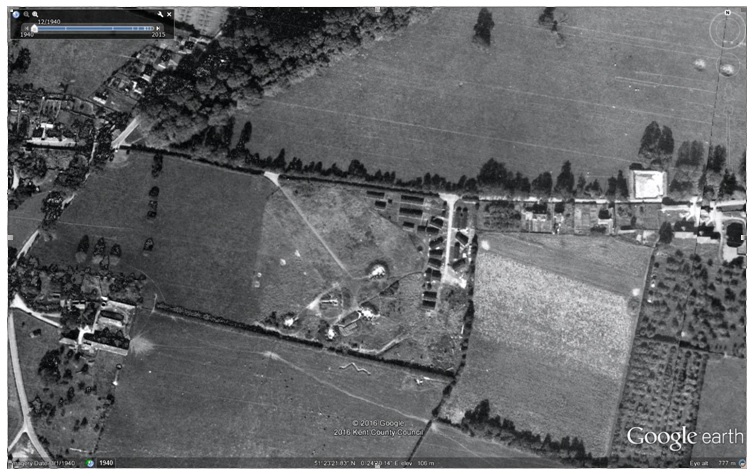 We also have a LiDAR image of Lodge Lane heavy anti-aricraft battery (below). 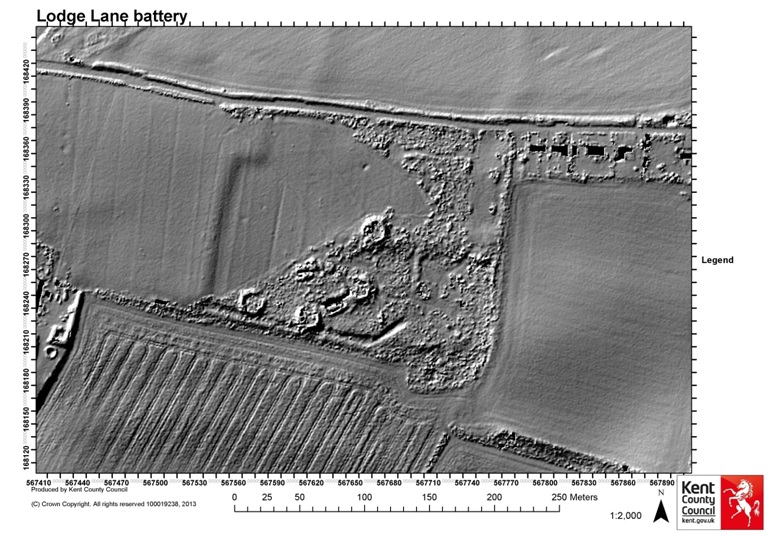 Here is a photograph of the Palmer venue Coronation 1953 street party. The entrance to AEI sports ground is just past the houses on the right and Anita is on the right of the photograph in the long black coat. 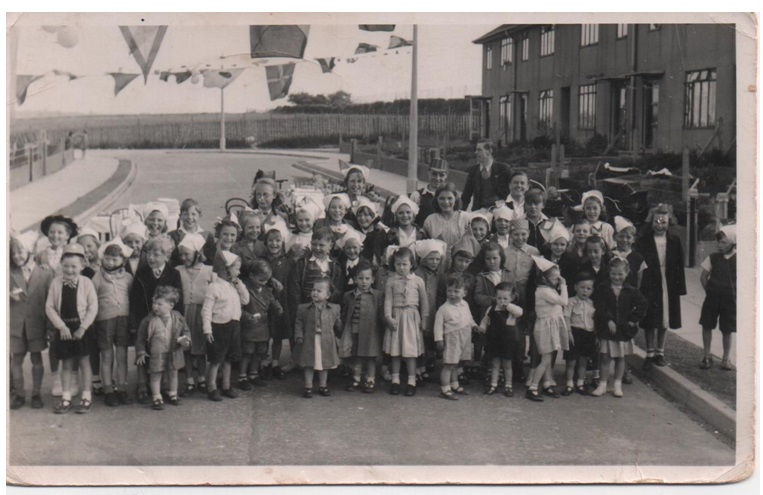 2 Responses to Anita Bridger: memories of the military camps