The Lost Reservoir of Cobham

Over the weekend some of the team were digging in the field next to the Leather Bottle. Very quickly they hit brick and uncovered the existence of a Victorian reservoir lost to the collective memory of the village.

In front of the field, by the road there is an old pump and a plaque that reads:

At some point the village changed its source of water and the reservoir was forgotten about. The current owner of the land was unaware of its existence – until now. More of the top of the structure was uncovered today to reveal edges and the curving of the roof. 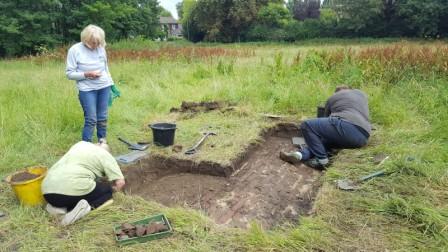 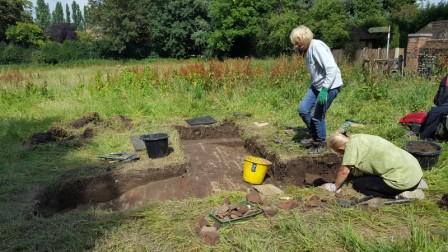 3 Responses to The Lost Reservoir of Cobham