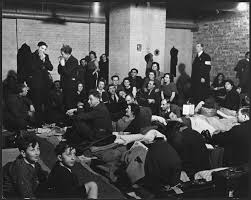 In a move that will transform the study of key aspects of 20th century British social history, one of the country’s most important data collections is being made available to historians and the general public from 2 November. Historical researchers have for the first time digitized and placed on-line a detailed survey of English and Welsh society at the beginning of World War Two.

Stored for the past 76 years in a government building in Southport, Lancashire,  it includes metadata covering 41 million individuals (with personal information publicly available on 70% of them) and fills a major ‘knowledge void’ about British social history in the mid-20th century.

In terms of detailed digitally available metadata, it is the only major source available for the 1920s to 1940s era – while, in terms  of accessible personal data on millions of named individuals, it’s the only publically available source for most of the 20th century.

The only other similarly detailed 20th century sources for personal information about millions of individuals are the 1901 and 1911 census records which were only made public in 2002 and 2009.

Under the UK’s ‘100 year rule’ privacy convention, post-1920 census information about individuals must remain confidential for a full century after the data was collected.

Read the full article in the Independent – click here.