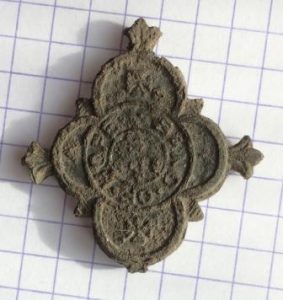 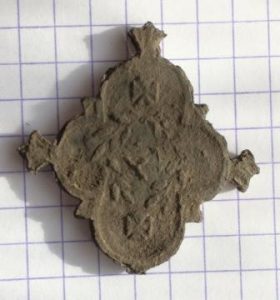 The Band of Hope was first proposed by Rev. Jabez Tunnicliff, who was a Baptist Minister in Leeds, following the death in June 1847 of a young man whose life was cut short by alcohol. While working in Leeds, Tunnicliff had become an advocate for total abstinence from alcohol. In the autumn of 1847, with the help of other temperance workers, the Band of Hope was founded. Its objective was to teach children the importance and principles of sobriety and teetotalism. In 1855, a national organisation was formed amidst an explosion of Band of Hope work. Meetings were held in churches throughout the UK and included Christian teaching. 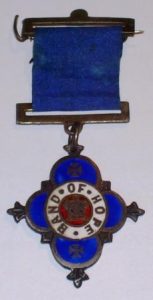 Powell’s and another firm, Price, were major makers of stoneware bottles and other stoneware items. Clay pipes, for smoking tobacco, were made from at least 1617 until 1921. There were also chimney pots, flower pots and sanitary wares. By the time of Queen Victoria’s death Powell’s were the second largest manufacturer of stoneware bottles in the country. They specialised in ginger beer bottles.

In 1906 the company merged with William Powell & Sons to become Price, Powell & Co.  The workshop in Redcliffe was blitzed during the war and the company never traded again. 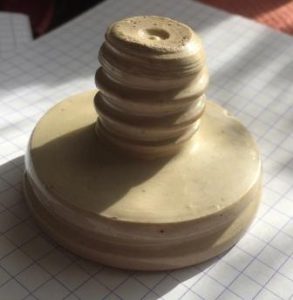 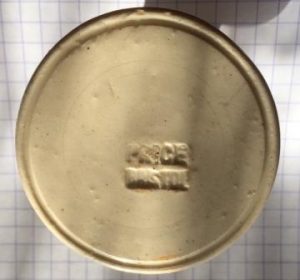 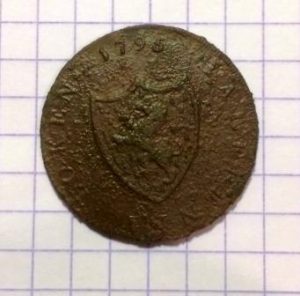 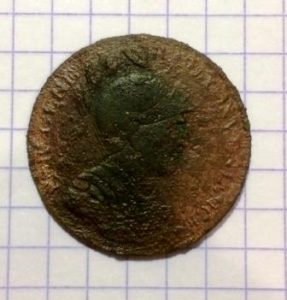 Obverse: Helmeted bust of a bearded knight (Sir Bevois of Hampton) to the right.
Reverse: A shield of a lion rampant on a ermine background. Lettering around, date above.

Sir Bevois of Hampton seems to be a popular figure to have on obverse of a Halfpenny Tokens around the time. The reverse often depicts a shield of some description.

Sir Bevois of Hampton (alt Bevis of Southampton – c1324) is a romantic hero whose exploits include rescuing damsels in distress, fighting villains, dragons, giants etc. His adventures take him across Britain, Europe and the Near East.

Under threat of invasion by the French Revolutionary government from 1793, and with insufficient military forces to repulse such an attack, the British government under William Pitt the Younger decided in 1794 to increase the Militia and to form corps of volunteers for the defence of the country. The mounted arm of the volunteers became known as the “Gentlemen and Yeomanry Cavalry”. In 1827 the government disbanded the Yeomanry Regiments in those districts where they had not been mobilised in the previous 10 years. The Kent Regiment was stood down and their equipment returned to the regular army. In 1830 the West Kent Regiment of Yeomanry Cavalry was reformed and in 1864 the regiment was awarded the title “Queen’s Own” and became known as the West Kent Regiment of Yeomanry Cavalry (Queen’s Own).