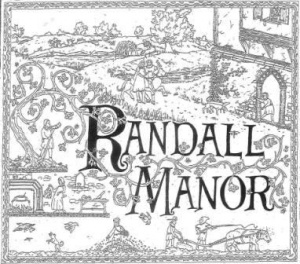 For ten years there was a summer community dig on the site of Randall Manor, home to the de Cobham family for two hundred years. The dig was funded by the Heritage Lottery Fund and the Kent County Council.

Members of the Darnley family investigated the site in the early 20th century but no records of this have survived. In the 1960s George Dockrell, a Gravesend school teacher, excavated at the Manor site along with his pupils and details of his efforts (in the form of notebooks and photographs) were sent to the National Monuments Record, enabling future archaeologists to pick up from where he left off.  George’s work was limited to one building, the kitchen, where his team uncovered a ragstone hearth and an earlier tiled hearth which it replaced.

In 2005 a Heritage Lottery Fund grant created a community archaeologist role for Shorne Woods Country Park. Lyn Palmer took this role and along with local volunteers (now known as SWAG) started to resume digging on the site. Work initially focused on re-excavating the Dockrell trenches, prviding a look at the stratigraphy of the site.  In 2009 the community archaeologist role was passed onto Andrew Mayfield, who has directed the dig ever since. In 2014  and 2015, Richard Taylor co-directed along with Andrew.

Historical research suggests that ‘Randal’ or ‘Rundale’ was a small manor by c.1108. At this time it appears as a gift of tithe by Smalesman de Schornes to Rochester Priory for the monk’s sustenance. Henry II granted the site to William de Quartermer in 1165 and his descendant subinfeidated it to Henry de Cobham in 1202.

The site is next mentioned c. 1234 when after the death of Henry de Cobham (d.1233) his lands were divided between his sons. The deed mentions

“all the land and marsh which is called Rundale in the township of Schornes”.

Probably the first mention of Rundale as a manor house was in c.1251. Following John de Cobham’s death, his wife (Joan) passed the land onto John’s brother (Reginald de Cobham).

“Joan yields to the said Reginald, the lands which she held as a marriage portion from John in the township of Schorne, which belonged to the manor of Rundale”.

The Manor sits on platform that has been artificially raised along the northern edge. Archaeological work indicates that an aisled hall was constructed c.1230 by either Henry de Cobham (d.1233) or John de Cobham (d.1251) to develop Rundale as a land holding to endow their heirs by gavelkind. This hall dominated the south west corner of the site. Over the next 50 years Rundale was the principle residence of Henry (d.1316) until Joan, his second wife, inherited Allington Manor in 1309. During this time Henry conducted a series of building improvements. By c.1275 an east-west cross wing had been constructed – a two storey stone building used into the 1400s as a service range. The north wall of the cross wing is built into material that contains pottery spot dated at 1250-1300; internal pebble floors contained pottery spot-dated at 1275-1325 and a Henry III (1216-72) coin; and a clay floor covers this pebble floor, containing pottery spot-dated at 1350-1400. 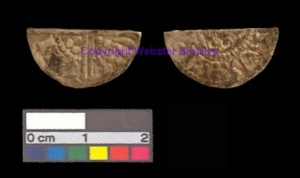 The next major building phase included a northern extension to the cross wing – a two storey building with stone walls below and timber above. A pottery spot-date of 125-1300 was given to the pebble surface here. There is evidence for a later collapse affecting the north and east walls after which the north wall was moved and the structure shortened. The old north end was then used as a midden area, spot-dated at 1325-1375. A garderobe was soon added to this building and a spot-date at 1375-1425 was obtained – one of the latest pottery dates on the site. It is believed this re-modelling took place after Stephen de Cobham (d.1332) inherited the site in 1316.

A multi-phase kitchen sits on the edge of a series of medieval ponds (used in the storing of fish and light industrial uses). The detached kitchen, north-east of the main wing, was altered many times. The first phase was probably a rudimentary lean-to structure with a roof supported by  a series of posts. It housed  a boiling oven, a covered oven and tiled hearths. During Stephen de Cobham’s ownership (d.1332) the kitchen was rebuilt as a square stone building with a porch on the southern side. At this time it is believed that a ragstone hearth was built to replace the tiled hearths.  A pottery spot-date from this era is for 1300-1400. 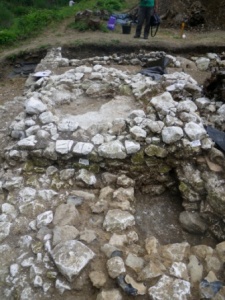 It is believed that Stephen de Cobham (d.1332), knighted by Edward Prince of Wales in 1326, lived at Rundale until his mother’s death 1324 when he inherited Allington Manor. Yet documents show that he remained connected to the site for some time after – he witnessed the signing of a deed there in 1330 and was granted a license for an on-site chapel in 1329 (location unidentified at this time).

There are two other buildings which are thought to date from the periods of Henry and Stephen (late 1200s – early 1300s): 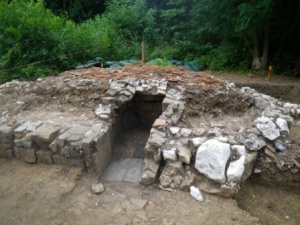 An Inquisition Post Mortem (IPM) document dated 1333 notes that Stephen possessed a capital messuage (house with its yard, outbuildings and land) and a windmill at Rundale. It is possible that the windmill has been located on Randall Heath, located within the modern Shorne Woods Country Park.

Stephen was succeeded by his son John de Cobham (d.1362) who inherited Rundale and Allington when he came of age in 1342. John signed a deed at Rundale in 1362 – indicated that the Manor survived the Black Death. The Manor was held for the next 60 years by future generations of de Cobhams, until 1424. An IPM from 1405 notes that no furniture is present at Rundale although a capital messuage is mentioned in 1415. The property was occupied by tenants following this time. In 1559 an IPM (for George Brooks) refers to a house that was recently occupied. The latest spot-dates for pottery from the site (1500-1550) come from this phase.

It is believed that the building on site were demolished as a source of rebuilding material for Cobham Hall in the 1580s and the last, contemporary reference to the Manor is in 1631 where it is described as in ruins.

Over the years a number of artefacts have been recovered from Randall Manor that give clues to the nature of life at the property: 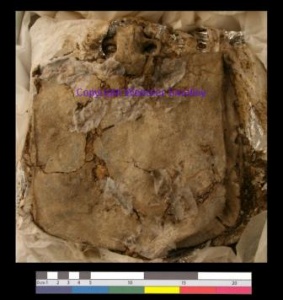 See some of the artefacts unearthed at the site:

(A substantial pottery collection has been excavated but has yet to be fully recorded. This project is underway.) 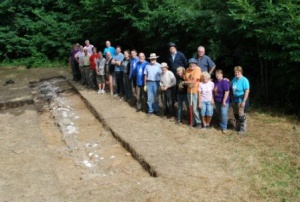 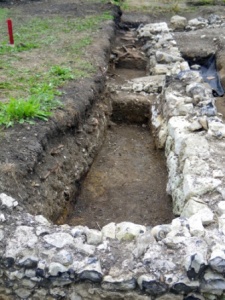 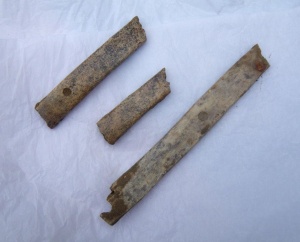 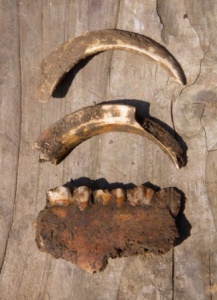 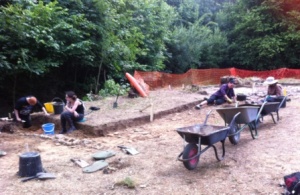